Councillor opts out of Grainboys decision

Ward 1 councillor Pam Beach informed council on Monday that she is opting out of future discussions and decisions regarding the zoning bylaw amendment application brought forward by Grainboys Inc.

Grainboys, currently running an operation in Aurora, wants the zoning amendment to allow it to build a dry grain processing plant, complete with a bank of 60-foot silos, just east of Goodwood hamlet.

Beach said she was declaring a conflict of interest even though she believes there is none and she has received a legal opinion that backs her belief. Nevertheless, she said many residents in her ward “perceive” her to have a conflict and for that reason she is taking the action she has chosen.

Her announcement came at the start of council proceedings, despite the fact that the agenda carried a report from Beach which stated that, since she had been told by the township integrity officer that she was not in conflict, she would be “pleased to represent my residents and the township on this application.”

Also on the agenda was a letter signed by a number of residents who said Beach was in conflict because she lives on a farm where she and her husband raise livestock, hay and grain crops. The writers said the Beach family could gain by selling grain to Grainboys. Beach has countered that the grain grown on the farm is used primarily to feed the livestock.

MP drops Uxpool bomb: Jennifer O’Connell, member of Parliament for Pickering Uxbridge, left councillors in doubt about the future of the proposed new Uxpool when she made one of her regular visits to give an update to council.

O’Connell told them that the provincial government has decided not to accept any applications for infrastructure agreements in the foreseeable future. In preparing for the proposed new aquatic centre, the township had hoped to receive funding from the federal and provincial governments to help cover the costs.

The most recent estimate for the pool, which was scheduled to be constructed in 2022, was $12 million, with the township expecting a three-way split of $4 million each. Councillor Bruce Garrod, chair of the finance committee, said without funding from the other levels of government “we can’t go ahead with the pool or any other projects.”

O’Connell said the federal government is still willing to pay its share of the costs. 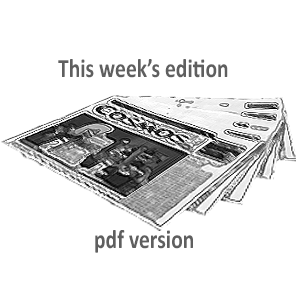 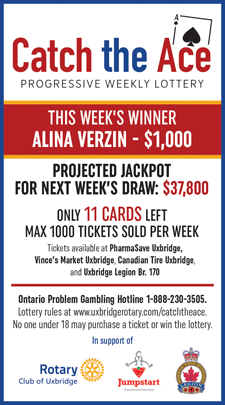 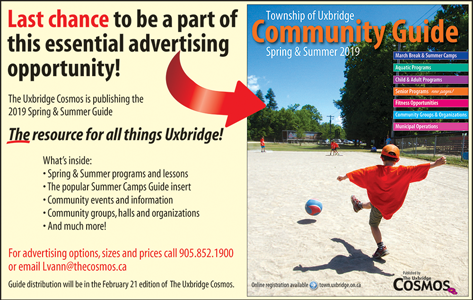