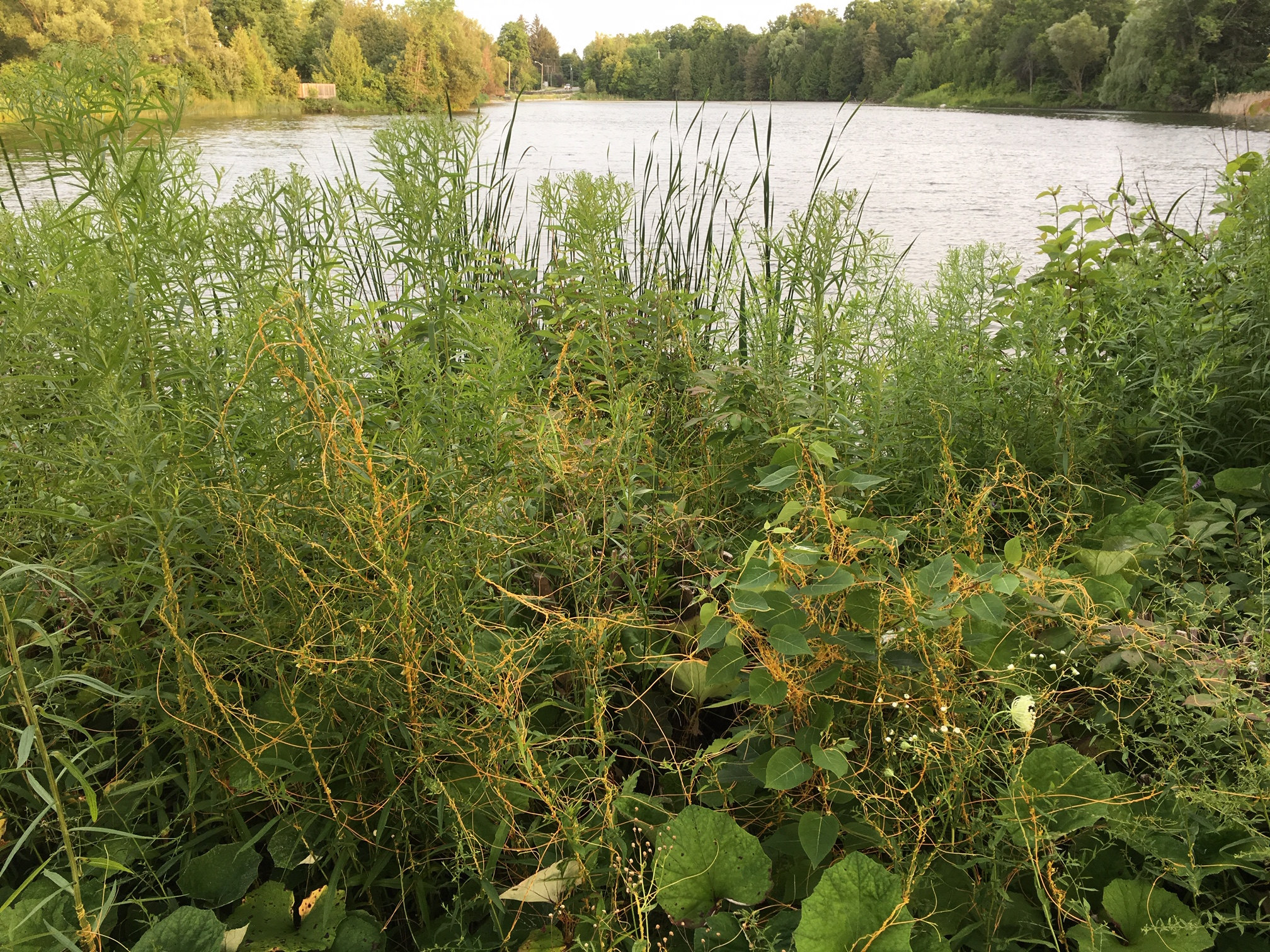 Is finding dodder vine a cause for concern?

Dear Lake Simcoe Nature Detective:
Dodder is one 26 species and genera designated as "prohibited noxious weeds" by the federal government. The government has set out a zero tolerance policy for dodder and the others, and crops or seeds found contaminated with them must be destroyed. If dodder were to become widespread it could wreak significant economic damage to farm operations due to loss of crops and long-term cost of eradication.
Conrad Richter, Richters Herbs, Goodwood, ON

Dear Conrad:
Summer is the season for plant growth but every year we become more aware of problem species. Naturalists may rate phragmites grass, buckthorn, dog-strangling vine or garlic mustard as the worst invasive plants but to the gardener, dodder vine is worse.

Dodder vine, Cuscuta gronovii, is a parasitic plant in the morning glory family and is native in the Lake Simcoe region.There are up to 170 species of these yellow, orange, or red but rarely green parasitic plants found throughout the temperate and tropical regions of the world but mostly in the tropics. Dodder appears leafless with only small scales. The colourful vines produce small fruit from mid-summer to early autumn. Dodder is not like most plants since it does not produce chlorophyll but totally relies on its host plant for nutrition.This parasite attaches itself to the host plant then produces haustoria from the root which penetrates the tissues of the host and absorbs nutrients from it. The original root from the soil then dies away. From this point of attachment, the vine can then grow continuously reaching high into the canopy of shrubs and trees in the tropics. In our temperate zone, it grows from seed every spring so is restricted to lower vegetation due to the short growing season. 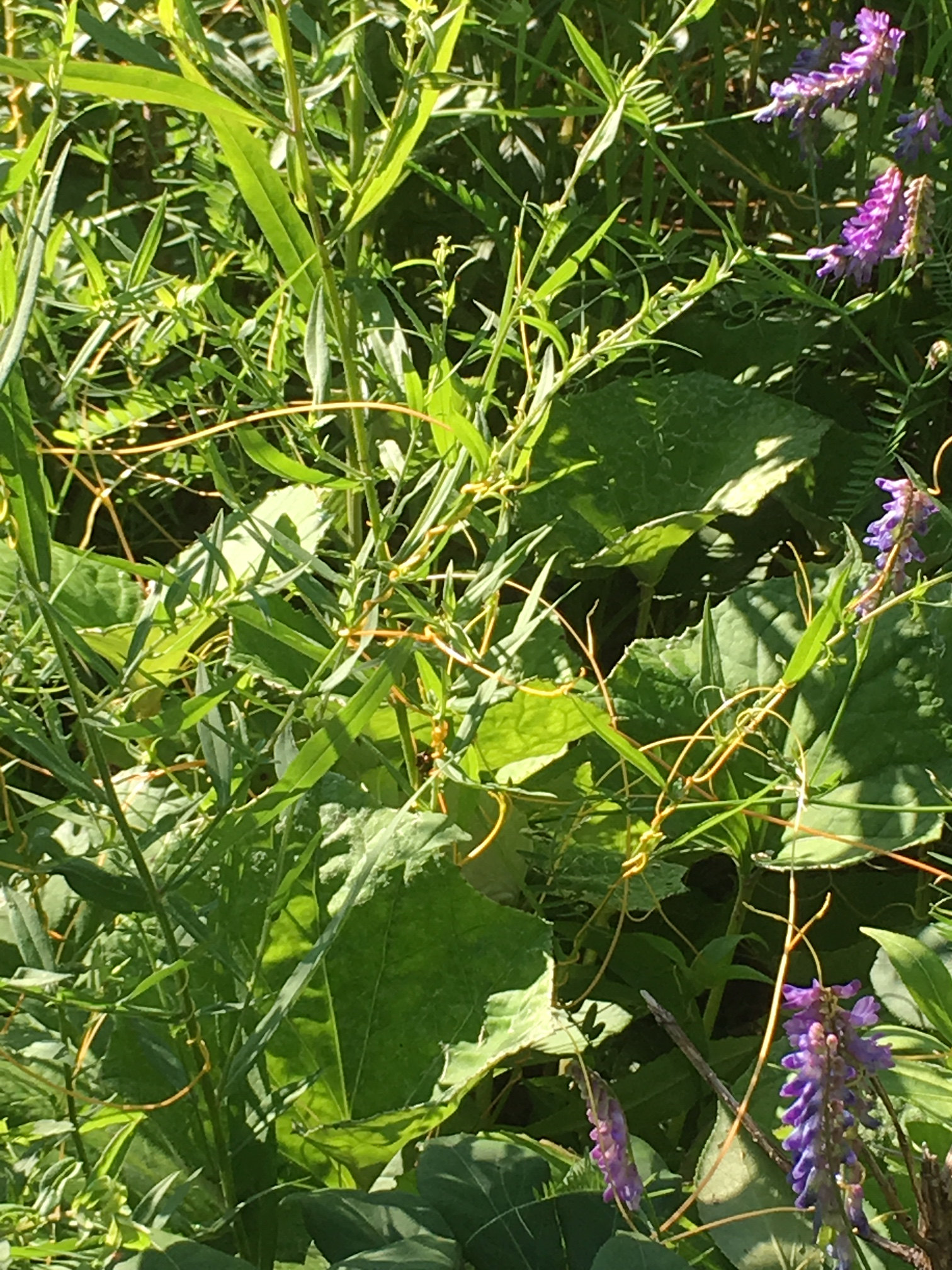 Dodder is parasitic on a wide variety of plants including several agricultural and horticultural crop species. Alfalfa, flax, potatoes, chrysanthemums, dahlia, helenium, trumpet vine, ivy and petunias are only a few of the species it uses as its host. Dodder not only debilitates the host plant but can spread diseases from one plant to another as it attaches to different plants. It can decrease the yield by 10 percent and devastate agricultural systems. The one control advantage we have in our area is that it can only produce every season from seed. Seeds germinate in the soil and can live on their own for five to 10 days and will then die if it has not found a host plant for attachment. Dodder species are weakly photosynthetic, producing little or no food, living entirely off the host.

Dodder produces small, white, bell-shaped flowers from late summer to early fall and copious amounts of seed at the end of the season. Plants are killed by the frost each year and need to grow from the seed in spring. Most countries prohibit the import of dodder seed and crop seeds are inspected to make sure they are free of dodder seed contamination. Once a crop field or garden is infested with seed, non-host plant crops should be planted for several years and plants should not be moved from infested to non-infested areas. Tools, clothes and shoes should be inspected when moving from an infested area to a new area. Vines should be removed before they have an opportunity to produce seeds, host crops removed and the area treated with pre-emergent herbicides.

Dodder has been given names like vampire plant, devil's guts, strangleweed, hellbine and witch's hair, since it can hunt down its host by smell and sink its fang-like haustoria into its victim, sucking out nutrients like a vampire sucks blood. One single dodder vine is capable of linking dozens of hosts together. Plants can then communicate informing each other of attacks from leaf-eating caterpillars. Researchers feel that in the end, dodder likely harms its victims more than it helps them. Plants ward off the attacks of dodder vine by changing their DNA at the point of attachment. Dodder is more devious than previously thought since it not only listens in on the plant communications but sends its own Messenger RNA (mRNA) into the host plants telling them what to do, such as increase growth, produce more sugar or even stand down their defences.

Dodder vine sniffing out its victim, sending tendrils towards the plant, sinking its fang-like roots into the host to obtain nutrients, hijacking its host and taking over its cell functions, controlling the host, sounds like something from a Dracula movie. However, once established, it could result in large economic damage in crop losses and control efforts.

Bob Bowles is an award-winning writer, artist, photographer and naturalist, founder and coordinator of the Ontario Master Naturalist Certificate Program at Lakehead University. 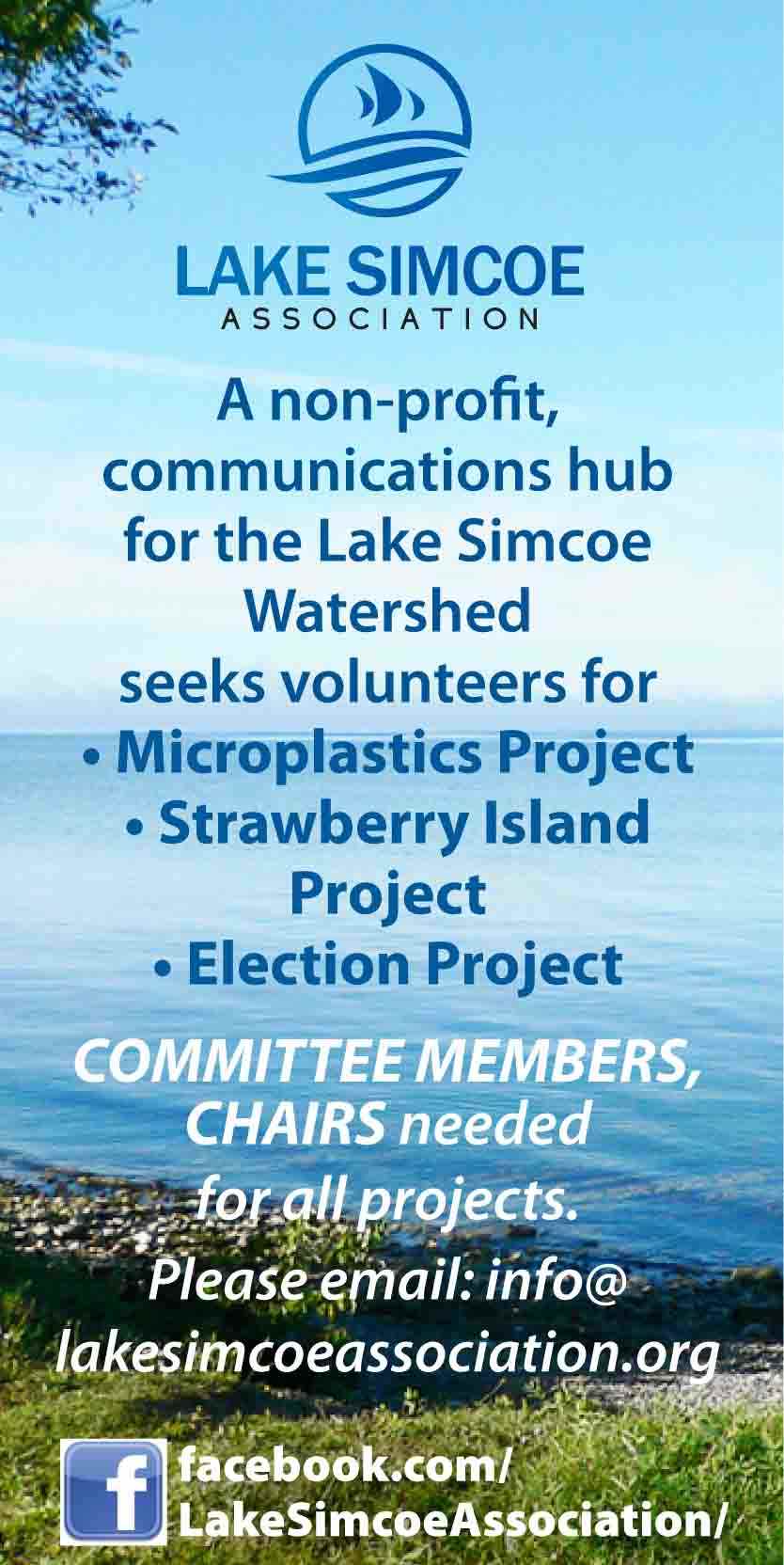 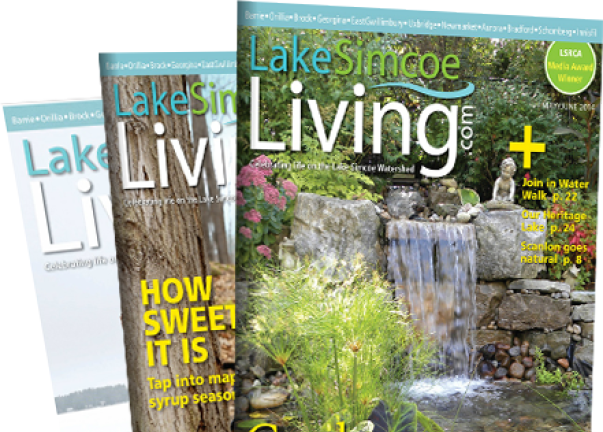 Get Your Free Subscription! Delivered Straight to Your Inbox.

Enter your email to receive updates from us. You can unsubscribe at any time.